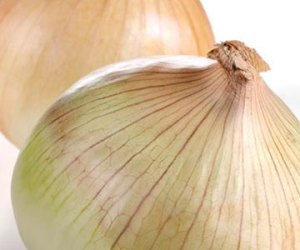 I learned an important lesson yesterday.  Not every cooking disaster in my kitchen is a direct result of my lack of cooking ability.  (Yay!)  Yesterday’s disaster snuck up on me from another direction entirely.  I put the right ingredients in at the right time, even in the right amounts.    I had a good time, too.  Music was blaring, there was a little bit of dorky dancing going on, and Peanut was watching me with mild amusement from his perch on the couch.  It could have been in a chick flick montage of successful cooking scenes.

Rewind a little bit and you’ll arrive at the critical moment for yesterday’s cooking experience.  A few days ago, I rifled through a box, spent a generous 30 seconds reading titles, and picked a recipe that sounded new and exciting.  (Is it worse to fail because you didn’t think than to fail because you made a simple measuring/timing mistake?)

Fast forward to last night again, and the moment of truth had arrived.  I took the first bite of the meal.  “Hmm.  Interesting.  Not bad,” is roughly what came to mind.  I can handle “not bad” for my first try with a recipe.  I made it through dinner without any real issues, but then the ingredients list suddenly rushed into my mind.  I had just consumed a meal that was about 40% chicken, 50% raw onion, peppers, and celery.  Throw in some curry and mayonnaise to account for the last 10%, and there you have it–a recipe for truly horrible breath.

The aftermath of dinner included me brushing my teeth five times, washing my mouth out with mouthwash, chewing gum, and finally deciding that the only way to solve the problem was to eat something else.  Popcorn and ice cream to the rescue.  It wasn’t a painful solution, but it does mean that I won’t be taking any of those leftovers to lunch at work.  It would be the ultimate passive-aggressive attack on co-workers and patrons alike.

There are a few positive notes about last night’s dinner.  First, it’s kind of a relief to know that not every recipe is good when someone else makes it, bad when I make it.  Second, Peanut loves stinky breath.  The stinkier the better, in his opinion.  It’s nice to be popular in your own house, and I was very popular last night.

Sad side effects include the fact that I can no longer pick recipes based on the idea that if Suzy liked it, it’ll be bliss (names have been changed to protect the innocent who are fine with walking around smelling like a curried onion for a week).  And last but not least, there is still the dilemma of what to do with the leftovers.  Do I repeat the tooth-brushing/mouthwash-swilling/ice cream eating routine every night for the rest of the week, or do I get rid of the offending food and move on?  The only time I’ve ever actually thrown away non-molded leftovers was the time that I forgot to use the right pan to make meatloaf and ended up with greaseloaf instead.