It’s another Monday, and those tend to involve books in my profession.  I thought I would pass the fun along to you.  Aren’t you excited?  There’s even a theme for today’s books.

The theme of the day is international experiences.  Ooh, aah.  My first vacation book didn’t fit into the theme, so it’s going to be mostly ignored.  It was about logic, and I don’t think anyone really wants to pick that up for light reading.

The second book was Alan Bennett’s The Uncommon Reader. 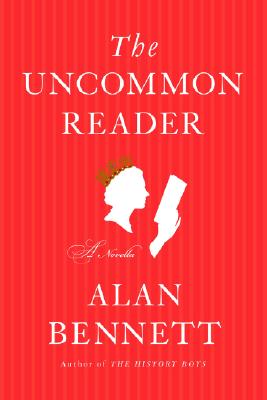 It’s about the Queen of England and her accidental stumble into the bookmobile that stops by the palace.  She picks out a book so that she won’t seem rude, then finds out that she likes reading more than she thought she would.  (Let that be a lesson to you all.)  It’s a fun story, but if I were recommending a book about bookmobiles, I would go with Ian Sansom’s Mobile Library Mystery series.  That’s right, I know more than one book that’s about bookmobiles in the U.K.

Third in line was Liz Gilbert’s Eat, Pray, Love, which I mentioned a few weeks ago.  You’ve probably seen enough ads for the movie to know exactly what it’s about. 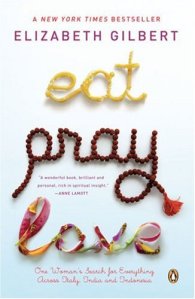 The author’s Italian adventures got me safely through the first third of the book, since eating lots of pasta and gelato sounds like a perfectly reasonable solution to post-divorce depression to me.  Then Liz went to an ashram in India and worked on her meditation skills and talked about chakras and blue cores and snakes in her spine.  I made it through the India stories, hoping against hope that her months spent learning from an Indonesian medicine man would be less frustrating, but they weren’t.  (Side note: I try to avoid talking about politics and religion on ye ol’ blog, because this isn’t an open forum that encourages discussion.  I’m about to break that self-imposed rule.  Please forgive me.)

I like reading about religions other than mine.  In almost all cases, it’s interesting and helpful.  But Liz Gilbert makes spiritual choices that frustrate me beyond belief.  What makes me so upset that I’m willing to vent to you?  Her open admission that she cherry-picks from different religions to come up with a set of spiritual practices and beliefs that’s all her own.

At least once every ten pages, I wanted to yell at my book, “That’s not how it works, Liz Gilbert!”  You can’t just pick one piece of warm fuzzy from each religion and skip off into the sunset.  If Buddhism is correct, Christianity isn’t.  And if Christianity is correct, Buddhism isn’t.  It’s logically impossible for multiple gods or powers or whatever to be in charge at the same time (ooh, the logic book makes an appearance after all).  Somebody has to be in charge, or you could believe that no one is in charge.  But make a choice.  Please make a choice.  No matter how good it makes you feel to think that all the spiritual powers in the universe are on your side, it doesn’t make sense.

And she thinks she’s doing this grand, noble thing by honoring multiple religions.  It’s just not true.  By saying that you know which elements of each religion are right and good, you’re putting yourself in charge of the world, not paying homage to other religions or gods.  If you’re going to take that route, at least understand what you’re doing.

Maybe Liz Gilbert is way more logical than I’m giving her credit for.  And believe me, I know I don’t have it all figured out.  I just had to vent.

Moving on now (and I can feel my blood pressure dropping).  I’m only halfway finished with book number four.  It’s John Macnab by John Buchan, and it’s about four English gentlemen who are bored with their lives.

They discover their shared ennui (that word is used about 20 times in the first chapter, so don’t blame me for whipping out the random vocabulary words, blame Buchan) and decide to cure themselves with a sporting competition against local landowners.  They’re going to try to poach an animal from each property within a couple of days.  The challenge is that they warn the landowners of their intent and have to accomplish the task without being caught.  They’re very gentlemanly about the whole thing, and I’m feeling optimistic about the second half of the book.  It’s sort of Robin Hood meets Jeeves and Wooster or something.

That’s all I’ve got for now.  My lunchtime book was talking about people cutting off their fingers to escape the draft during Vietnam and bodies that were coming back from the war.  Mmm.  Great for discussion.  Happy reading!